ARLA Propertymark has issued a downbeat report on the lettings sector’s start to 2018.

Its report on the market’s performance in January says the number of properties letting agents managed fell by eight per cent with 184 per branch compared to 200 in December.

Meanwhile the gap between supply and demand widened in January with more prospective renters coming onto the market; on average, letting agents registered 70 prospective tenants per branch in January, compared to just 59 in December.

The association says landlords kicked off 2018 with contract negotiations as one in five tenants experienced rent hikes in January, compared to 16 per cent in December.

It says that while this paints a bleak picture for renters looking into 2018, it’s actually down year on year. In January 2017, 23 per cent on tenants had their rents increased, and 30 per cent were subject to rent rises in January 2016.

“Renters are in for a rough ride in 2018. Housing stock is falling as rising taxes continue to force established landlords out of the market and deter entry into the sector – and the volume of renters is increasing as the cost of buying a home is moving further out of reach for many” explains David Cox, ARLA Propertymark chief executive.

“The fact that one in five tenants are experiencing rent increases is just another blow. Ultimately, until the prospect of investing in the buy-to-let market is more attractive for prospective landlords, and stock subsequently increases, tenants will continue to feel the burn” he adds. 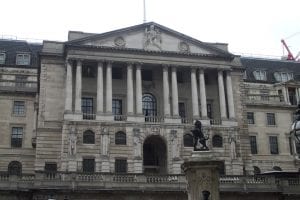