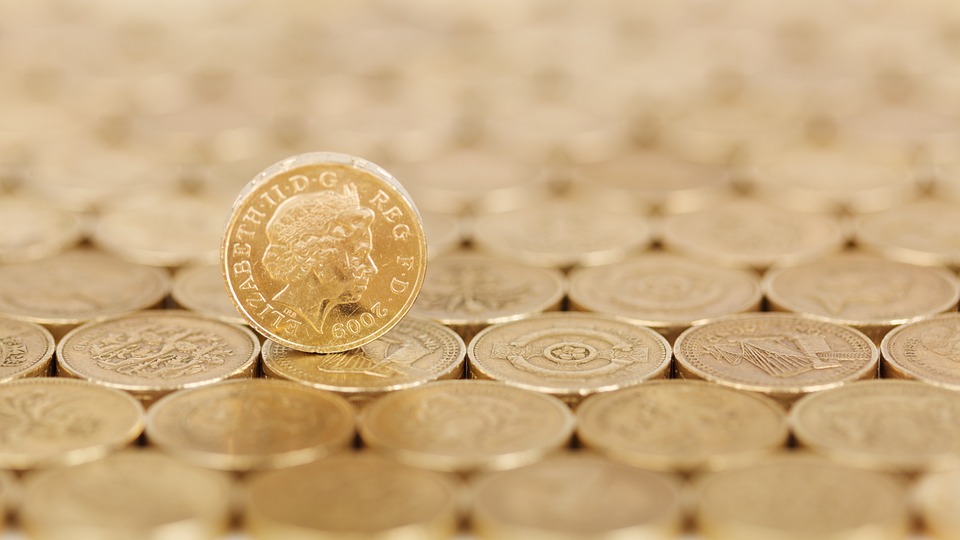 The pound held steady against a mostly firmer dollar on Tuesday as data showed British manufacturing gaining a bit of momentum and investors shifted their focus from Brexit to the state of the UK economy ahead of an expected rate hike next month.

On the first day of European trading after a long weekend, the pound gained 0.3 percent versus the euro, helped by broader weakness in the single currency.

Against the dollar, sterling held its own as the greenback staged a recovery against other currencies.

“It does look as if sterling is starting to stabilize somewhat, with the currency maintaining a tight range in recent days just above that $1.4 level,” said Eric Theoret, a currency strategist at Scotiabank.

Theoret said a moderation in the tone of Brexit rhetoric since Britain last month secured a transition deal with the European Union for its exit from the bloc would help the pound perform well this quarter against the dollar and the euro.

Major banks are split over sterling’s direction in the coming months.

Expectations the Bank of England could raise interest rates as early as May have helped sterling outperform most major currencies this year.

But some investors remain sceptical about the odds of policy tightening because of lingering economic uncertainties.

They say it is mainly the broad weakness of the dollar – linked to a trade dispute between the United States and China – that is keeping sterling above $1.40.

Traders on Tuesday also pointed to the strong historical performance of the pound in April, when it tends to rise versus the dollar as foreign companies hand more dividend payments to British shareholders.

The UK Manufacturing Purchasing Managers’ Index (PMI)released on Tuesday inched up to 55.1 in March from a downwardly revised 55.0 in February, beating the 54.5 consensus in a preliminary Reuters poll of economists.

Tuesday’s PMI data also showed manufacturing growth had cooled to a one-year low in the first quarter of 2018 as the economy remains on a slow but steady course a year ahead of Brexit.

“The manufacturing data, combined with seasonal trends in the price action of the pound this time of year explains sterling’s strength,” said Valentin Marinov, head of G10 FX strategy at Credit Agricole.

Marinov said investors would turn their attention to data on Britain’s dominant services sector due out on Thursday, which should help gauge the strength of recent economic activity.