London and Manchester has been named by landlords as the most attractive cities to invest in buy-to-let (BTL) properties in 2020 according to Simply Business.

The research shows that the two cities were where landlords expect the BTL market to be most robust this year, with both receiving over a third of votes when asked which city represents the best investment opportunity.

Liverpool and Birmingham followed closely behind as BTL hotspots, with both cities securing 10% of the vote amongst landlords when considering where their next investment in 2020 lies.

“The sector also now houses 20% of British households and has a huge presence up and down the country, so it’s wholly encouraging that landlords view a broad spread of regions as attractive areas to invest this year.

“London usually comes out on top for being the most expensive city to invest in property in the UK, but falling house prices are making it an attractive place to invest once again.

“We know a quarter of landlords are planning to sell at least one property this year, largely due to government reform and tax changes, so it’s reassuring to see that landlords are still eyeing up investment opportunities up and down the country.” 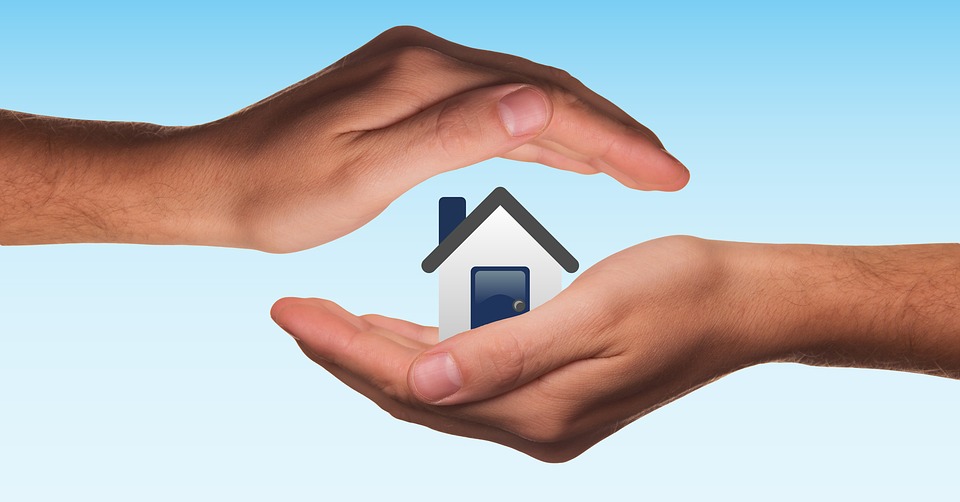 Scotland has been crowned the best place for landlords to invest as research has shown the average yield for Scottish buy-to-let properties scoops the rest of the UK.

The findings from lettings platform Howsy, published today (October 2), showed Glasgow City was the overall best place to invest in buy-to-let property with a current rental yield of 7.5 per cent.

Midlothian and East Ayrshire, both in Scotland, were close behind with rental yields of 6.8 per cent, while Scottish county West Dunbartonshire was fourth at 6.7 per cent.

“After years of being slammed by regulatory changes making it harder to turn a profit, choosing where to invest has never been more important for landlords.”
Chris Sykes, broker at Private Finance
The research showed Burnley and Belfast were offering yields of 6.5 per cent, while Inverclyde offered 6.4 per cent, followed by Falkirk (6.3 per cent), the Western Isles (6.2 per cent) and Clackmannanshire (6.1 per cent) to complete the top 10.

Wales fared worst among the home countries with an average yield of 3.7 per cent compared with Scotland’s 5.7 per cent.

Landlords in England and Northern Ireland receive average yields of 4.1 per cent and 5.4 per cent respectively.

Chris Sykes, broker at Private Finance, said: “After years of being slammed by regulatory changes making it harder to turn a profit, choosing where to invest has never been more important for landlords.

“Being a major city and university town, the area also benefits from strong rental demand so this combination of low property prices and decent regular rental income is a winning formula for investors.”

Mr Sykes said mortgage repayments often represented a large chunk of landlords’ costs, so getting as low a rate as possible was important to achieve a profitable rental yield.

He said lenders were currently offering very competitive buy-to-let product rates, both as a result of the wider low-rate environment and in a bid to attract more business given the slowdown the sector has experienced in recent years so now was the right time for landlords to remortgage onto a “rock-bottom rate” to maximise their overall profits.

Founder and chief executive of Howsy, Calum Brannan, said technology had helped landlords connect with their tenants more easily which meant they were no longer restricted to investing within the local vicinity to keep tabs on their property or forced to pay large fees for an agent to do so.

He said: “This leaves them free to buy in one section of the market and invest in another to maximise their financial gain across the board.

“More accessibility via digital rental platforms now provides landlords with greater empowerment when managing their property portfolio and they can do so anytime, day or night, with greater peace of mind.”

The research also showed which locations offered the highest annual house price growth for those looking to buy.

North Devon topped the list with expected growth of 15 per cent, while Welsh locations Merthyr Tydfil and Blaenau Gwent came in second and third place.

England had the lowest annual house price growth of the home countries at 0.3 per cent, while Wales stormed ahead with 4.2 per cent.

It was once the destination of choice for buy-to-let investors, but London has fallen way out of favour with both would-be and existing landlords over the past year.

The electrifying property price growth of recent decades may have required some truly staggering wads of cash for people to build their property portfolios. However, the rate at which rents were also booming in the capital meant for many this was a price worth paying.

How things have changed since then. London is no longer considered hallowed ground by buy-to-let participants. Added to the problem of stagnating or even falling property prices in some boroughs, changes to stamp duty on second homes have also resulted in eye-watering payouts to the taxman compared with those of previous years.

Bristol’s best
There’s a treasure trove of evidence showing returns in other British cities now exceed those you can expect from investment in the capital. And new research from Bunk gives fresh ammunition for landlords to give London short shrift and buy elsewhere.

According to the lettings platform, which sought to discover the country’s most in-demand city based on which have the highest number of properties already let as a percentage of total listings, Bristol came top of the pile with a score of 50%. Newport and Nottingham followed in second and third place, respectively.

Commenting on the data, Bunk co-founder Tom Woollard said: “We’re starting to see a real change in the rental market with a number of the more alternative cities coming to the forefront in terms of popularity,” with renters seeking out great places to live without the huge rents that come with so-called traditional cities.

London found itself languishing in the bottom 10 of Bunk’s report with a score of just 21%.

I have to confess, though, that this latest set of data isn’t enough to encourage me to get involved in the Bristol buy-to-let scene. No thanks. Given the mix of rising costs and increasing paperwork, not to mention the vast amounts of initial cash needed to buy property in the UK, I’d rather stick with stock investing.

And what a time to be an investor in equity markets right now. Dividends from the world bourses are hitting record high after record high. While signs of a slowdown in the global economy are predicted to dent many a company’s earnings in 2019, any such slowdown are unlikely to harm payout growth in the immediate future.

Take a look at the FTSE 100, for instance. The average forward dividend yield for the index sits at a chunky 4.3%, though this is not the only reason to grab a slice of some of Britain’s blue-chips. As I type, some of the index’s big hitters are trading on irresistibly-cheap valuations, something which is illustrated by the Footsie’s low forward P/E ratio of around 13 times.

My tip? Take advantage of the recent reversal in FTSE 100 share prices and go grab a big-dividend-paying bargain, or two.

A survey of more than 580,000 properties across England, Scotland, and Wales by TotallyMoney, which ranked postcodes in order of highest buy-to-let yields, to lowest, found that locations with a high student population, like Nottingham, Liverpool, Manchester, Leeds, and the North East, offer some of the UK’s highest rental yields.

Properties in Nottingham, which has a student population of over 37,000, appears to offer particularly good returns, with two postcodes featuring in the top five.

Newcastle’s NE6 takes sixth place, with an average rental yield of 8.43 per cent.

Property prices here are far below the UK average at £118,789, with Newcastle and Northumbria universities approximately 30 minutes away on public transport.

Similarly, Newcastle’s NE1 has yields of 8.16 per cent, and is within walking distance to both universities. Property prices, however, are slightly higher at £161,035, but are still below the UK average.

In stark contrast, London struggled to perform well compared with its UK counterparts.

TotallyMoney’s head of brand and marketing communications, Mark Moloney, said: “With students flocking to university cities year after year and looking for a place to live, it’s no surprise the student market is a dependable one for landlords.

“But, due to the tenant fee ban, changes in mortgage tax relief, and tighter buy-to-let lending criteria, rental profits are now being squeezed more than ever.

“To maximise their returns, landlords need to be savvier — and that’s where our map and mortgage comparison tool can help.” 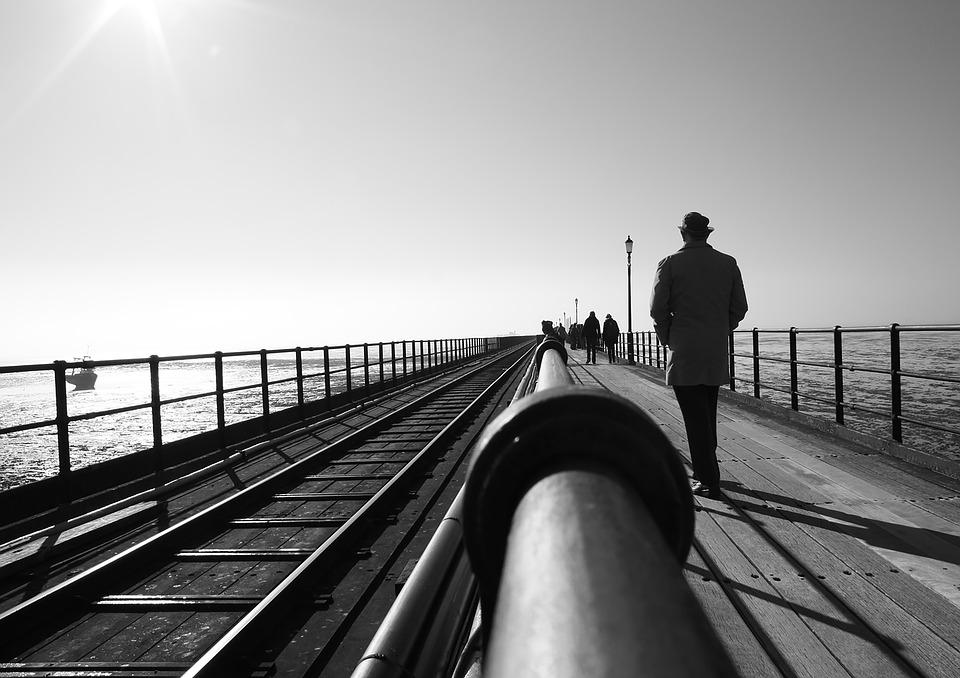 Southend tops the buy to let property investment market for rental yields according to recent research.

New analysis from Private Finance reveals Southend-on-Sea is the UK’s number one buy to let hotspot for investment, offering average rental yields of 6.6 per cent once mortgage costs are taken into account.

The analysis – which calculates rental yields in the 50 UK towns and cities with the highest proportion of private rental housing stock – highlights that house prices and mortgage costs can be just as influential as rental income when assessing the best locations to invest.

An annual rental income of £23,280 means that landlords in Southend enjoy a lucrative return for a relatively small upfront investment, with house prices in the area only slightly higher than the national average (£279,358 against £231,000).

Liverpool, Nottingham, Greater Manchester and Coventry all feature in the top 10 and benefit from some of the lowest house prices in the UK, suggesting potential buy to let property investors should not only consider potential rental income when assessing where to invest.

This is also encouraging news for buy to let property investors with smaller sums to invest, demonstrating you don’t need to spend millions to secure a lucrative property investment.

Director at Private Finance, Shaun Church, commented: ‘Southend is a popular spot for renters, with all the benefits of living in a popular seaside town less than an hour’s commute from Central London, and with good airport connections.’

He continued: ‘With the high cost of renting pricing many out of the city, towns in a commutable distance from London that offer a more relaxed lifestyle at an affordable price are becoming increasingly popular among young professionals. Rental demand is likely to grow in these pockets outside of London, offering good opportunities for buy to let investors.’