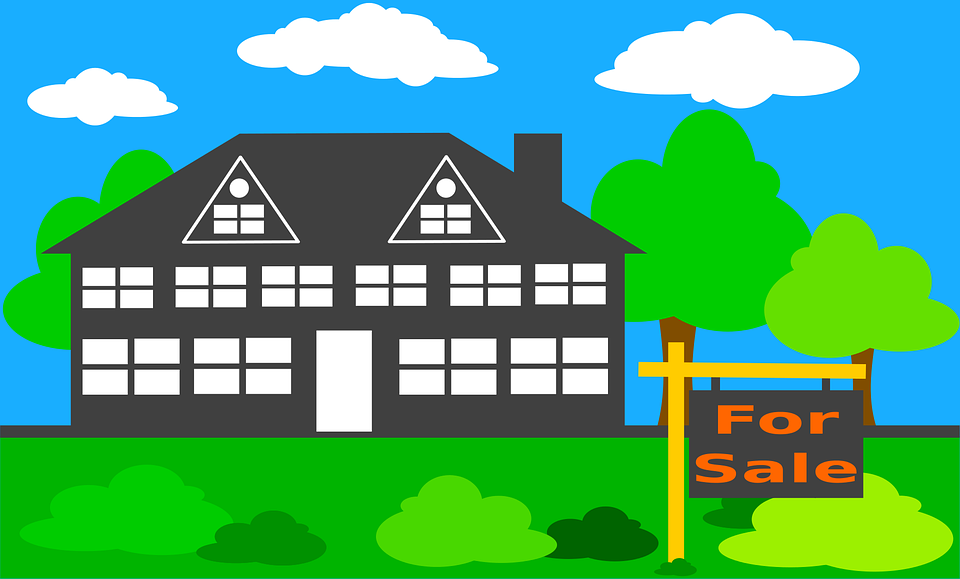 Thousands of homebuyers could still be “sleepwalking into leasehold limbo” despite the government’s pledge to ban new-build leasehold houses, a property expert has said.

In December 2017 then communities secretary Sajid Javid had pledged to end the “exploitation of homebuyers through unnecessary leaseholds” by legislating to prevent the sale of new-build leasehold houses except where necessary, such as shared ownership.

In July this year current communities secretary James Brokenshire put further weight behind the pledge, promising to to tackle “unfair and abusive” practices within the current leasehold system and cease funding of “unjustified” leasehold houses through government schemes.

But one year on from Mr Javid’s initial announcement, it has been claimed developers have continued to sell thousands of new-build houses with leaseholds – some believed to be funded via the Help to Buy scheme.

Phil Spencer, co-founder of property advice site Move iQ, said: “A year on from the government’s pledge to ban the sale of new build leasehold houses, thousands of buyers are still being allowed to sleepwalk into leasehold limbo.

“And in a further ironic twist, many are even being encouraged to do so by the Help to Buy scheme.”

The firm’s analysis of Land Registry figures showed 26,024 new-build properties have been sold with leaseholds since the government’s pledge last December, 2,644 of which were houses.

Data from the Ministry of Housing, Communities and Local Government showed 5,949 leasehold homes were bought with assistance from the Help to Buy scheme in the first six months of this year- 1,340 were houses.

Mr Spencer said: “Millions of Britons live happily in leasehold homes. But anyone buying a leasehold property needs to do so with their eyes wide open, and should take legal advice to understand the obligations that go with owning a home this way.

“While leasehold tenure is normal for flats, the government says it is determined to stop newly built houses being sold in this way – while at the same time offering Help to Buy incentives. These mixed messages are deeply confusing.”

Mr Spencer said when the ban is introduced there should be some redress for the thousands who have bought leasehold houses.

He said: “At the very least they should be given first refusal on the freehold of their home at a reasonable rate, before it is sold on to a third party.”

The Ministry of Housing, Communities and Local Government has recently launched a technical consultation on how to implement reforms to the leasehold system, which shut at the end of November.

It is now considering next steps with a view to bringing forward legislation in due course.

A spokesperson said: “It’s unacceptable for home buyers to be exploited through unnecessary leaseholds on new houses.

“We have announced measures to ban leaseholds for all new build houses unless there is a genuine reason, and ensure ground rents on new long leases are set to a peppercorn.”

It is understood that development contracts in place until March 2021 prevent the introduction of an outright ban on the sale of leasehold houses or setting terms around ground rents without giving risk to legal challenge.

But the government said: “We have been clear in telling developers that Help to Buy funding should not be used for leasehold houses, and recent statistics show this practice is already reducing.” 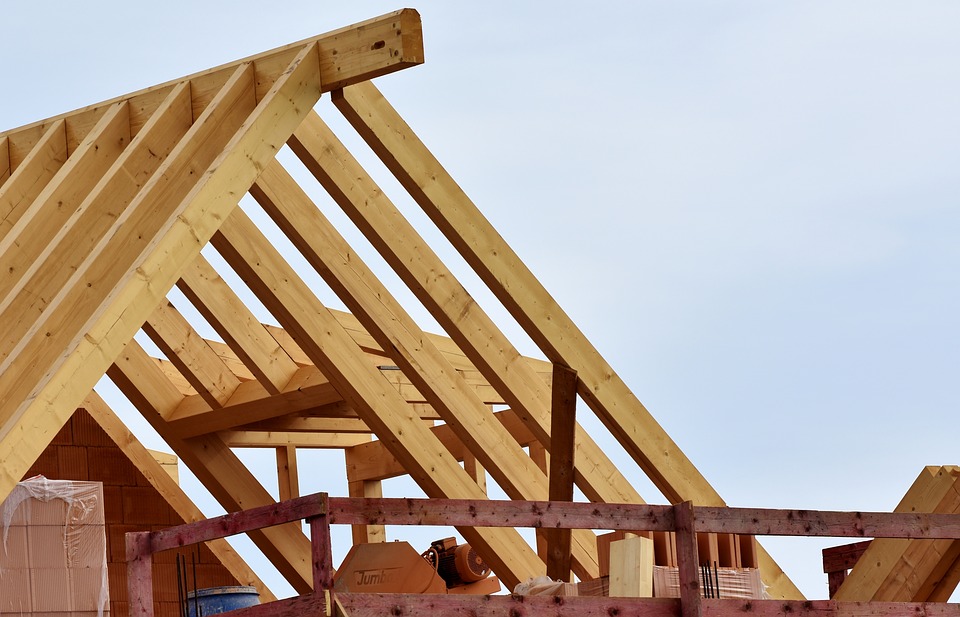 Almost all new-build houses will in future have to be sold as freehold, and ground rents will be capped at just £10 a year.

The Government made the announcement at midnight on Saturday, and a new consultation on the plans will be launched today by Communities Secretary James Brokenshire.

The announcement said that leaseholders currently pay on average over £300 ground rent a year, with some paying as much as £700.

There was no suggestion that the move will be retrospective, implying that some recent home owners could still find their properties difficult to sell.

Brokenshire said: “Unfair ground rents can turn a home owner’s dream into a nightmare by hitting them in the back pocket, and making their property harder to sell.

“That’s why I’m taking concrete action to protect home owners and end those unscrupulous leasehold practices that can cost tenants hundreds of pounds.

“While leasehold generally applies to flats with shared spaces, a number of developers have been increasingly selling houses on these terms – placing further financial burdens on those looking to buy a house of their own through unnecessary surcharges like ground rent.

“This can also mean that selling their home is more expensive and take longer than selling a freehold property.

“Under the Government’s proposals, which are subject to consultation, the majority of new houses will be sold as freehold, and future ground rents will be reduced to a nominal sum.

“The consultation will also seek views on what are the appropriate and fair exemptions, such as shared ownership properties and community-led housing to ensure consumers’ best interests are at the heart of the property market.”

Notably, the announcement made reference to the Tenant Fees Bill, saying that the new crackdown on leasehold practices “builds on action under way to make the property market fairer, including a crackdown on rogue landlords and ending unfair charges for tenants”.

The consultation will run for six weeks and estate agents are among those specifically invited to comment.

Yesterday evening, NAEA chief executive Mark Hayward said:  “Thousands of home owners across the country are facing escalating ground rents, charges for making alterations to their properties and unable to sell their home.

“Therefore, it’s only right that the Government looks to crackdown on unfair leasehold practices to stop even more people feeling trapped in homes they cannot afford to continue living in.

“Our recent Leasehold: A Life Sentence? report found almost half (45%) of leasehold house owners didn’t know they were only buying the lease until it was too late, two thirds (62%) feel they were mis-sold and the vast majority (94%) regret buying a leasehold.

“This shows that for too long, housebuilders and developers have not been transparent enough about what it actually means to buy a leasehold property.

“However, this announcement is only good news for those looking to buy a leasehold property in the future.

“With 4.2 million leasehold properties in England, many will remain stuck in their lease with no straight forward way out and the industry needs to help them.” Nationwide and UK Finance both welcomed the Government’s announcement on how it intends to address onerous ground rents and leaseholds.

The government plans to legislate to prevent the sale of new-build leasehold houses except where necessary such as shared ownership. And they plan to ensure ground rents on new long leases, for both houses and flats, are set at zero.

“We hope this encourages providers to review their lending criteria in this area and also guide homebuilders on future developments.

“This is the very reason why we made the decision back in May to become the first major lender to not lend on properties affected by unreasonable multiplying leaseholds that double every five, 10 or 15 years.

“The maximum acceptable starting ground rent on all new build leasehold properties is limited to 0.1% of the property’s value, while our minimum acceptable lease term on new build transactions are now 125 years for flats and 250 years for houses.”

Paul Smee, director of mortgages at UK Finance, said: “We support the DCLG’s efforts to address the onerous and potentially unfair issues surrounding the leasehold system.

“Lenders will continue to work with government and other interested parties to address the complexities associated with leasehold properties, particularly where valuation is concerned.”

Other legislation includes working with the Law Commission to support existing leaseholders and make the process of extending a lease or purchasing a freehold much easier, faster and cheaper.

The government also plans to provide leaseholders with clear support on the various routes to redress available to them.

They plan to ensure freeholders have equivalent rights to leaseholders to challenge unfair service charges.

There will be a wider internal review of the advice and support to leaseholders to make sure it is fit for purpose with this new legislation.