London is set for an increase in commercial property investment in 2020 as international investors target the capital’s high-yielding office market, following the decisive 2019 UK General Election result. According to the latest research from Knight Frank, investors have increased the total capital targeting London commercial assets to £48.4bn, a 21 percent rise on 2019 and £2bn higher than 2018. However, with just £2.3bn of buildings for sale, investors will face strong competition, which is expected to drive values higher in 2020.

Knight Frank’s annual London Report details the opportunities and challenges facing the capital’s real estate market in the year ahead. It reveals that in 2019 London commercial property investment activity fell 15 percent to £13.9bn, down from £16.8bn in 2018, as Brexit uncertainty and a shortage of available assets constrained the number of deals.

Nick Braybrook, Head of London Capital Markets said: “Despite the fall in activity, London remained the second largest market for commercial office real estate investment in 2019, topped only by Paris and ahead of New York, Hong Kong and Berlin. London’s stability and global status is attracting international investors who see a competitive economy, strong occupier market and high office yields, compared with other global cities. We expect the sheer weight of international demand for London assets to push prices on, and we have already seen an increase in transactions as activity ramps up following the UK General Election result.

“International investors are attracted to London as a safe haven, offering political stability and positive growth prospects, as well as an attractive exchange rate and high yields. Office yields are amongst the best in the world and certainly the most favourable when compared to key European centres. In the City of London average yields are currently 4 percent, while in London’s West End they stand at 3.5 percent. Comparable yields in leading European cities such as Paris, Frankfurt and Amsterdam are 3 percent. And despite the prospect of London yield compression this year, office yields still outweigh most global bond offerings.”

Faisal Durrani, Head of London Commercial Research said: “One of London’s underlying strengths is its vibrant labour market, which is reflected in resilient leasing activity. New office development has not been able to keep pace with this demand, and almost half of the space currently under construction is already spoken for. This supply crunch is most significant for those businesses seeking large amounts of space. We are tracking 30 businesses seeking more than 100,000 square feet, yet there are currently just 16 buildings in London that can service these requirements.

“Indeed, the supply shortage is helping to underpin our rental growth projections over the next five years. These show that headline office rents will rise by 15.7 percent in core West End locations such as Mayfair and St. James’s by the end of 2024. Elsewhere, we forecast rents in the City core to grow by 20 percent in the next five years.” 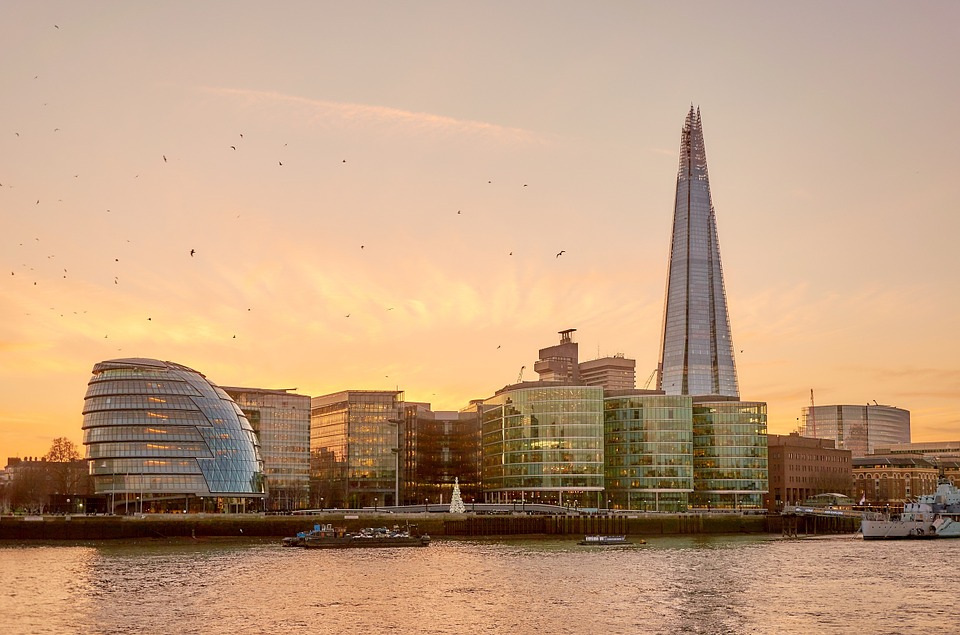 Investment jumped 15 per cent compared to the previous quarter, rising to almost £2.8bn, according to preliminary figures.

Property experts at estate agents Knight Frank have forecast that the boom will continue next year, driven by the result of the General Election and the increased certainty surrounding Brexit going forward.

Knight Frank head of capital markets Nick Braybrook said: “Investors have been circling the market in increasing numbers over the last few months, with international capital drawn in by attractive yields and the currency discount compared to other global cities.

“London’s perceived risk profile has improved tremendously through the second half of 2019 whilst geopolitical tensions in markets from Asia to the Middle East have eroded their relative attractiveness boosting the appeal of London.”

Faisal Durrani, head of London commercial research added: “The political uncertainty certainly dampened activity for most of 2019, but a shortage of assets for sale exacerbated this.

“With the decisive Conservative majority secured in the General Election last week, confidence is expected to rapidly return into the market, something investors have been hankering for.”

The data showed that central London office take-up soared 31 per cent between October and November, driven by a growth in the capital’s fintech sector.

Office take-up jumped to 900,000 sq ft, while the year on year increase was five per cent.