Landlords based in the midlands were recorded as the most likely to increase their portfolio size, a study conducted by BVA BDRC shows.

The research outlines that 24% of landlords in the East Midlands and 22% in the West Midlands plan to purchase more properties in the next 12-months.

Meanwhile, 8% of landlords in South West and 9% in Central London intend to purchase more properties within the same timeframe.

The data shows that overall, only 14% of landlords intend to purchase property, with the average preparing to buy three.

Looking at property type, 52% of those looking to expand their portfolio intend to do so by purchasing a terraced house.

This was followed by semi-detached properties at 32% and flats at 26%.

Furthermore one in four landlords are targeting HMOs, according to the research.

Nearly two thirds, 63% of landlords plan to fund their next purchase with a buy-to-let mortgage, while 17% intend to do so through releasing equity on existing properties, and 18% said they would purchase a property outright.

Richard Rowntree, managing director of mortgages of Paragon, said: “The proportion of landlords looking to purchase new property has been largely consistent over the past two years, but we are seeing regional variations and also a greater propensity for portfolio landlords to invest in property.

“Portfolio landlords have adopted a number of strategies to adapt to the tax and regulatory changes of recent years and we’re seeing trends such as these landlords buying stock from smaller-scale participants as they exit the market, or targeting higher yielding properties, such as HMOs.” 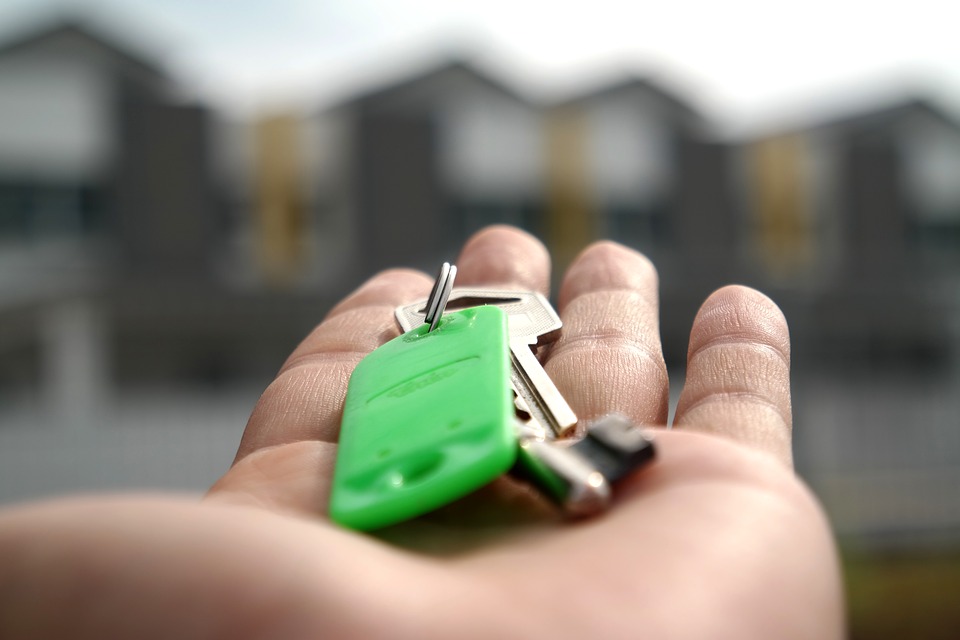 Although landlords are pessimistic about the economy, a third are looking to grow their portfolio, Monmouthshire Building Society has found.

Nearly half (45%) of landlords believe the economy will worsen and 53% think legislation around tenancy and eviction will get worse for landlords.

However, nearly two-thirds (71%) think demand for rental properties will increase and a fifth (20%) are considering growing their portfolios.

Holiday lets were highlighted as a growth area with 64% of new landlords having a holiday let property in their portfolio.

Dan Goulding, product development manager at Monmouthshire Building Society, said: “It’s been a difficult time for landlords recently, and our survey has highlighted that the majority don’t expect things to improve anytime soon.

“However, the survey also shows that many landlords believe there are opportunities to be found in the market, such as investing in holiday lets and diversifying their portfolios.

“At Monmouthshire Building Society we will continue to support landlords by offering a wide range of buy-to-let mortgage products, including holiday let, portfolio and limited company mortgages.”

New research* for specialist lender**  Precise Mortgages, shows 52% of landlords use letting income to boost earnings from a full-time job.  The findings highlight the need for lenders to offer top slicing to help more customers achieve greater flexibility on buy to let products and loan size.

Precise Mortgages has enhanced its top slicing feature, which enables customers to use surplus portfolio or earned disposable income to prove they can meet any financial stresses on a new loan application rather than through the rental income of the property alone.

Across the market as a whole 33% landlords earn their living purely from their property portfolios, rising to 47% among those with six to 10 properties. Around 16% landlords plan to add more properties in the year ahead with 71% funding purchases with a buy to let mortgage.

“Given that the majority of landlords have other earnings that can be used to show they can meet underwriting standards, lenders need to reflect this in their product offering to support landlords accordingly.

“Top slicing allows landlords to manage their properties in a way they choose and gives them greater access to the products and loan sizes they want and particularly for those who may have been restricted by ICR requirements in the past.” Being a landlord is something many dream about. The idea of building a property portfolio is an appealing one, with the potential to increase annual revenue while also providing a valuable asset. However, when it comes to being a landlord, it also takes a lot of time and expertise.

If you have decided that 2018 is the year to finally make that leap and invest in property, then you need to be prepared to do your research. After all, the yield and success of your first investment could determine your future as a landlord.

To help you on your journey to becoming a landlord, here are the hottest, up-and-coming, and highest rental yield areas in the UK – and they are all in the north.

According to recent data, Liverpool is currently the most profitable city in terms of rental yields. With Liverpool offering higher than average returns, certain postcodes could prove to be more lucrative than others.

Next on the list is Middlesbrough. This relatively small, industrial town may not immediately come to mind when thinking about where to buy, but with low house prices and a popular rental market, it could offer a solid investment.

One area in particular, TS1, can produce yields of almost 11%, making Middlesbrough an enticing possibility for first time landlords.

Want to invest in a capital city where rental properties are in high demand? While London is experiencing its first falls in rent for eight years, the rental market in Scotland’s capital is thriving.

In particular, the postcode area of EH8 is currently providing average rental yields of an impressive 10.63%, while EH9, EH11, EH12 and EH16 hover around 8%.

The biggest city in the northwest, Manchester has long been a popular pick for landlords who are looking to make a profitable investment, and it seems that the city is still a wise choice.

Last on our list is Newcastle. This bustling northern city is a popular rental spot, with some areas offering low asking prices and high monthly rents, making it an ideal location for landlords.

In addition to the five locations above – where the most lucrative postcodes are also home to that city’s university – university cities as a whole appear to offer the highest rental yields for landlords. This means it may also be worth considering other northern cities with large student population, such as Hull, Huddersfield and Sheffield – three locations that are currently proving to be popular with landlords.

Finally, becoming a landlord can be a profitable and rewarding experience. However, while these areas currently offer the highest rental yields in the UK, before investing, always do your sums. This includes expenses and fees, seeking advice from local experts like Allsop, as well as ensuring your property meets new rules and regulations. 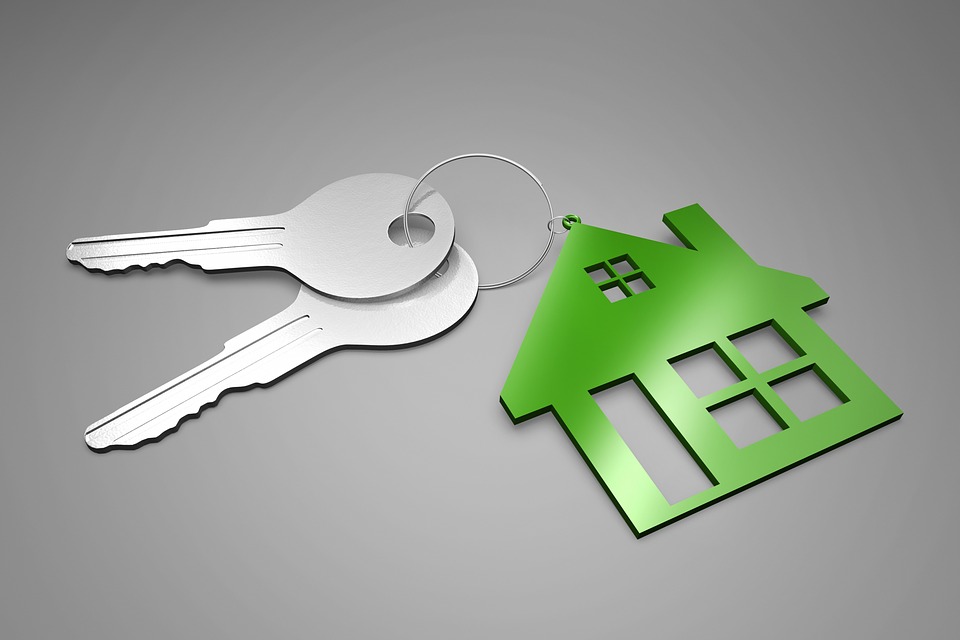 Those who begin the often long journey to building a property portfolio tend to have an aversion for debt which can prove detrimental to their long-term investment returns. The idea of using cash to purchase property is admirable, limiting debt makes perfect sense in many everyday scenarios but the use of long-term debt instruments can seriously improve your long-term property investment returns.

DO NOT OVERSTRETCH YOUR FINANCES

In years gone by it was possible to obtain a 100% mortgage in the UK which led to many people investing in the buy to let property market. The idea was that rental income from investment property would be significantly higher than the cost of a mortgage. This effectively allowed investors to pay off their mortgage, increasing their property equity, using tenant income. The problem with 100% mortgages is that mortgage rates move, rental rates are dependent upon the area and if your investment property is vacant for any period of time, this can seriously impact your cash flow.

So, if for example you have £100,000 in cash to invest in the property market then why not split this between two different properties. An investment of £50,000 in cash in a property ensures that from day one you have an equity content of £50,000 if ever required. If a property was going to cost £100,000 then you would arrange separate mortgages, or a combined buy to let mortgage, for £100,000 in total. If the mortgage rate was 5% but you were able to obtain a rental yield of 10%, which is not impossible with HMOs, then not only do you have the financial headroom of the cash equity content in each property, but income should more than cover mortgage costs.

Each mortgage payment effectively increases your equity share in a property therefore after five or 10 years the combined equity share can be significant in the above example. It is then possible to use existing equity share as collateral for more property investments and more debt which is covered by rental income. If you notice, we have not even touched on the subject of capital gains which in the long term can be significant.

In order to be successful with property investment you need to be flexible and take emotion out of each decision. You may have your favourite properties, they may have emotional ties to you, but there may come a time when you need to sell and reinvest elsewhere. If for example:

There may well be an opportunity to sell the property, banking a £50,000 profit, and reinvest in a £150,000 property with a 10% rental yield (as well as long-term potential for capital growth). This would see an increase in your actual rental income to £15,000 a year and the ability to pay off your mortgage at a faster rate.

and the cycle begins again. It all comes down to relative long term value for money.

It is all about buying properties which offer relatively high rental yields and disposing of these properties if the rental yield falls significantly; as a consequence of an increase in the value of the property. There is an obvious argument for holding the property in the longer term and looking to bank a greater profit in the future. However, property markets tend to be cyclical and history shows us that a relatively high rental yield offer significant support to the value of a property even in troubled times.