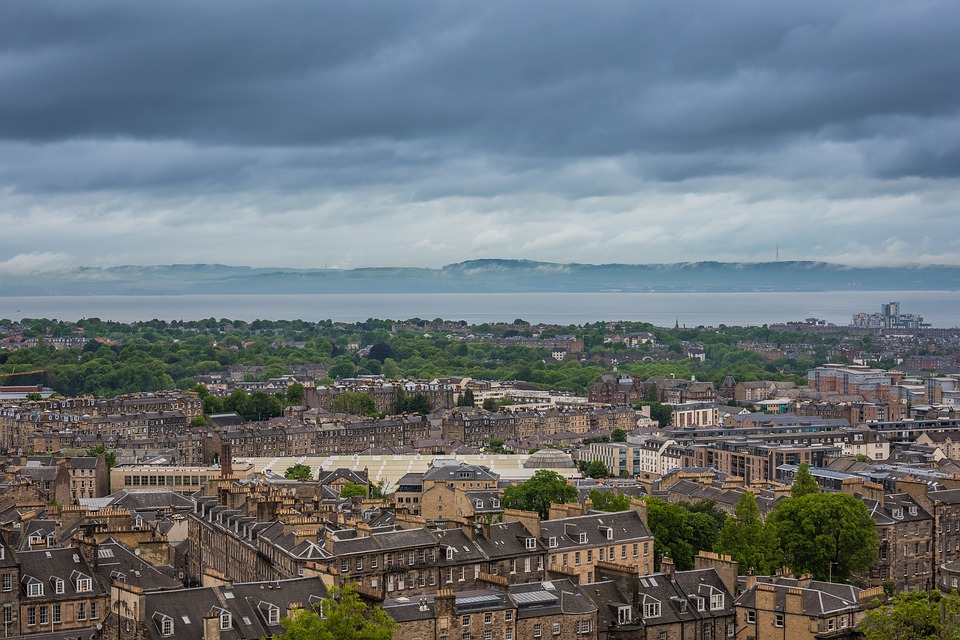 Research by global property consultancy Knight Frank found that £1.2 billion has been invested in Scottish commercial property in the first three quarters of 2021, up by almost 21 per cent on the equivalent period last year as the sector rebounds from the pandemic.

By way of comparison, investors spent nearly £1.7bn during the same nine-month period in 2019, prior to the Covid crisis.

The latest research shows that overseas investors remained the most active buyers of commercial property assets in Scotland, accounting for just over £500 million of overall volumes. Private property companies represented a further £322m, equivalent to just over one-quarter of total investment.

Property experts said industrial and retail warehousing assets had been the stand-out investment performers in 2021, with volumes outpacing the equivalent periods in both 2019 and 2020.

Alasdair Steele, head of Scotland commercial at Knight Frank, said: “Our figures suggest that Scotland is edging closer towards the level of activity we saw prior to the Covid-19 pandemic.

“While there is still some way to go, the economy was locked down for much of the first half of the year and there has been a noticeable upturn in investor sentiment since the start of the summer.

“Industrials and retail warehousing have seen the clearest upturn in activity, with investment volumes more or less doubling in both markets.

“Prime offices remain in high demand and, although investment volumes in offices are still some way off where they were in 2019, we expect to see more activity in this sector towards the end of the year and into 2022.”

He added: “There is a weight of money looking to be invested and good quality stock coming onto the market. We expect that to drive deal activity in the final quarter of the year and, with that, we could begin to see prime yields fall – as has already been the case with some recent deals in Edinburgh.”

Meanwhile, offices saw £293m worth of deals in the nine months to the end of September, up on £240m during the same period last year, but still below the £575m transacted in 2019.

Investment volumes in leisure property – such as restaurants and cafes – was just £27m, marginally up on the £20m registered last year, but significantly down on 2019’s £135m.

A report earlier this week suggested that office occupier markets in Edinburgh, Glasgow and Aberdeen were in recovery mode.

Take-up for the Glasgow office market totalled 289,209 square feet in the third quarter, the highest quarterly total since before the first pandemic-related lockdown, according to a report by property advisor CBRE. Scotland’s commercial property market is holding up better than the rest of the UK despite being buffeted by Brexit uncertainty, new research suggests.

Total investment volume for the first nine months of 2019 was down by 12 per cent year-on-year in Scotland, according to new figures from Colliers International, the property adviser. That compares with a fall of 26 per cent for the whole of the UK.

Property experts from the firm said the cooling economy and uncertainty over Brexit and the global outlook had caused investors to adopt a more cautious approach.

Douglas McPhail, head of Colliers International in Scotland, said that investment in Scottish property totalled some £717 million in the third quarter, marking an 18-month high and compared with £347m in Q1 and £619m in Q2.

He noted: “Although investment volumes during the first nine months of the year are down by 12 per cent compared to the same period in 2018, it is very likely that activity will break through the £2 billion mark for the sixth year running.”

McPhail added that the proportion of international money flowing into Scottish property saw an upturn in the third quarter, with particularly strong interest from Middle Eastern (£182m) and US (£160m) investors.

Scotland’s relative outperformance comes despite a greater reliance on overseas investors, who account for around 55 per cent of Scottish investment and 43 per cent of UK investment.

Patrick Ford, director of Capital Markets at Colliers International in Glasgow, said: “By city, Glasgow was the star performer, attracting £278m of capital, closely followed by Edinburgh at £226m.

“The largest deal of the quarter was Hines Global Income Trust’s purchase of the ‘true Glasgow West End’, a 607-bed operational student asset, traded for £72m. This was followed by Ashby Capital’s acquisition of Abbotsinch Retail Park in Paisley for £67m. Completing the top three deals is Arbah Capital’s purchase of Glasgow’s Sauchiehall Building – a leisure and retail mixed-use asset – for £55m.”

These deals mean that Glasgow’s strong office market is expected to bypass the five-year average of 700,000 square feet by the end of 2019.

Ford added: “Demand for space remains healthy and a lack of stock will continue to exert upward pressure on rents. In Edinburgh, the office market is characterised by lack of existing stock. A number of significant requirements cannot be met by existing supply and are likely to result in pre-lets.”

In Aberdeen, Q3 saw the largest office deal in three years with the letting of 51,356 sq ft at Aberdeen International Business Park to Oceaneering.

SCOTLAND’S commercial property sector rode a financial services wave after Barclays’ Glasgow acquisition but while the “mood music is very positive, ultimately there is a dark cloud above our heads in the form of Brexit”.

Experts at the heart of the sector report a “spectacular” success this year with banking at its centre, as new tech standards officially reflect greater high-end expectations for fit-outs that consider elements including wellbeing and include requirements such as break-out spaces at ground level.

Two leaders in the commercial property field who are also members of the British Council for Offices, the sector membership organisation which researches and develops best practice, said wellbeing is an increasingly important element in an accommodation package.

Barclays’ deal with Drum Property Group for a 470,000 sq ft campus at Buchanan Wharf in Glasgow carries extra weight as an anchor as it is an acquisition.

Stephen Lewis, managing director of Bellshill-based HFD Property, said the move “is not just a fantastic result for Glasgow but also the Scottish property market and in the face of continuing Brexit negativity it is very comforting to see a multi-national corporate invest significantly in the city and continue that long-term investment”.

“This is not just them committing to lease for 10-15 years, this is an acquisition by them to own their building and invest not just in the wider standard banking sector but with big focus on tech.”

He added: “There is still a need to create more space.”

He pointed to M&G’s Grid Building and the Cadworks in Cadogan Street in Glasgow to also help provide “some other much-needed high quality grade A space”.

“Staff wellbeing has moved significantly up the agenda now.”

Mr Lewis, whose development’s include 177 Bothwell Street, said that more broadly the mood music is “very positive but ultimately there is a dark cloud above our heads in the form of Brexit”.

He said: “At the very best it will cause occupiers to pause until they understand the outcome of what that end decision is, and worst case is some occupiers may review their requirements and either reduce space or look at other cities to invest in and grow their business as opposed to within the UK.

“We really need to find out where we are with Brexit.”

He said: “For us as a business at HFD we are continuing o develop.

“We secured another site at 100 Bothwell Street and will continue to secure more sites.

“It would be good to see some of the city deal money begin to be delivered.”

HFD finished its first development in Aberdeen in 2016 – the 220,000 sq ft headquarters for Wood.

Mr Lewis said: “We know Aberdeen relatively well and we are building another site there.

“The market is still recovering from the oil price crash and a fundamental change in that market, but it is better and continues to improve.”

Angela Lowe, Edinburgh-based senior director at CBRE, above, said that focusing on a Scottish capital context it has been “another strong year in the market”.

She said: “It has been positive, with some big deals, like Baillie Gifford at the Mint Building, Capital Square getting Brodies and Pinsent Mason, so they are pretty significant lettings in the market to come through.”

Baillie Gifford is taking space capable of accommodating 700 staff in the building, part of the £85m regeneration project at The Registers in St Andrew Square.

“As a result of that people are looking at office refurbishments in a different way in Edinburgh.

“In a lot of the office buildings now there are opportunities to do proper refurbishments on them to create a grade A product that goes head to head with new build space.

“We have seen some good buildings coming through this year and the bar being raised in terms of the quality the product being offered, the quality of the common parts, the cycle facilities.

“The market expects a lot more from an office now than just put a reception desk and not much else.

“They are looking for more of that user experience.”

She added: “Certainly we are seeing a quality shift in the offering to meet what occupiers are looking for.

“Everybody wants break-out spaces at ground floor, not just a sterile reception, they want a collaboration space and more of a concierge style of management in a building.

“There is supply, there are offices available and new offices coming through the pipeline.” 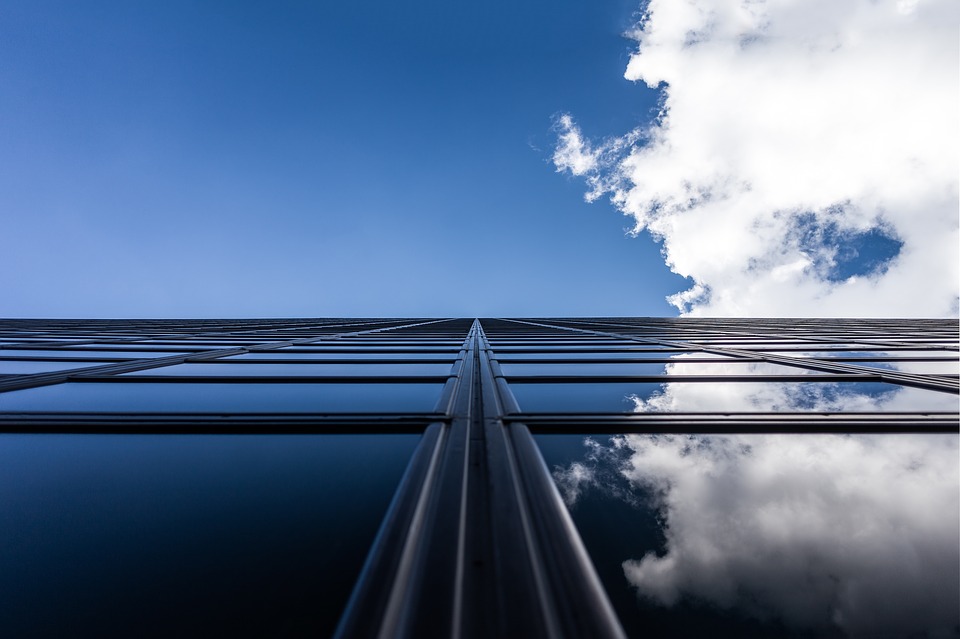