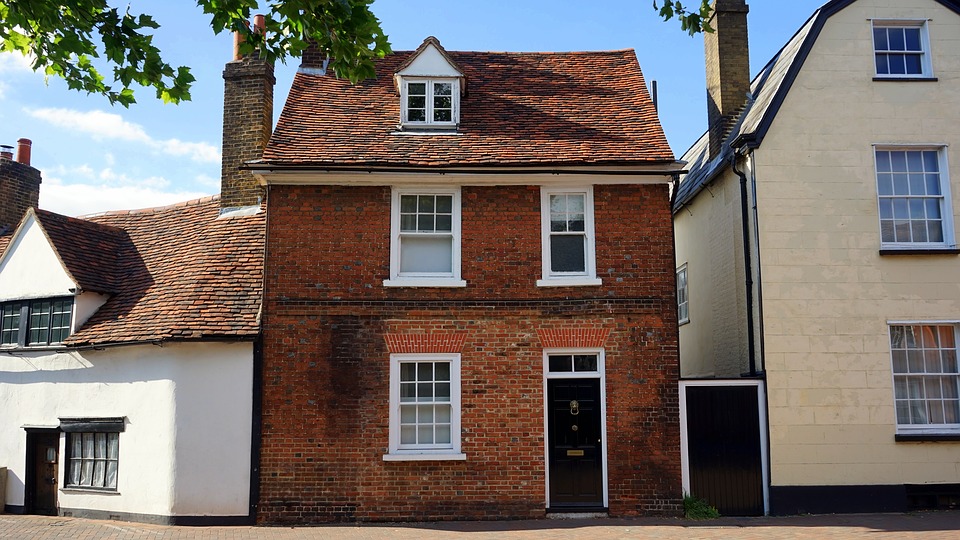 Before Brexit took centre stage, the most urgent long-term problem facing the government was the housing crisis.

Whether we were to go down the socialist route of government building programmes or the free-market route of minimum intervention and letting prices fall in line with earnings, it badly needed addressing. Bold decisions needed to be made and firm action taken.

Today we consider the housing market, some of the largest companies in the sector – and we talk philosophy.

Having a philosophy is important. Your philosophy guides you. When you are confronted with a decision, the ramifications of which are beyond your knowledge or experience, your philosophy is what will help you make the right choice.

You’ll often hear investors talk about “having a system”. Whether that system is fundamental analysis and balance-sheet study or momentum trading and trend-following doesn’t really matter.

The important thing is to have a system. Then, when you’re confronted with a decision – and all investing is decision-making – then you have your system to be your guide.

Which brings me to Theresa May. I’m not sure she has a philosophy. In fact, I’ll go as far as to say that she has got to where she has by not having a philosophy. She’s too “clever” to commit to any particular point of view, because that way it can’t be held against her at a later stage. Her decisions seem to be born out of political expediency more than anything else. She might be smart tactically, but she lacks an overall strategy.

And so we have this wishy-washy leader, who promised strength and stability and has delivered neither. “Brexit means Brexit”, she said to get elected, but, judging by the amount of resignations this week, Brexit means different things to different people.

Before Brexit took over, perhaps the greatest long-term issue facing the government was the housing crisis: an entire generation has been priced out of the housing market. The cure is lower prices, but house prices cannot be allowed to fall because another generation is dependent on their staying high.

All sorts of cheap fixes have been attempted – from help-to-buy, to fiddling with planning laws, to attacking buy-to-let through tax changes, through to extortionate stamp duty at the higher end of the market – but none of these deals with the fundamental problems.

Lots of easy money entered the market via loose lending. This pushed up prices. House prices were not included in inflation measures, and so their rise went unchecked by higher interest rates. As a result, owning property was the only means by which normal people could keep up with the rampant money supply growth which took place in the 1990s and 2000s, and so it turned into a speculative asset.

Newly created money was pouring into a market that couldn’t then expand, because planning laws restricted the amount of new supply. A house that might cost less than £50,000 to build cost over half a million, simply because the land had planning permission.

When 2008 came and there was the opportunity to let the market correct, both the Labour government and the coalition which followed decided to intervene and protect.

This is a huge and on-going problem that has badly needed addressing for many, many years. How can you hope to address it – to identify the cures and work towards the solutions – when you have eight different housing ministers in eight years?

This week brought us May’s fourth housing minister in two years! If ever there was an illustration of her lack of long-term strategy, it is the circus that this post has become. How can anything meaningful happen, if the man in charge keeps changing? We badly need some continuity.

Kit Malthouse looks like a very nice man and seems to be genuinely delighted at the opportunity. I wish him all the best. And many of the problems in the housing market – especially those relating to the money system  – are beyond his control.

But, even so, I hope he has been appointed because he understands some of the problems and has an idea of how to fix them. If this is just another wheeze to put an ally in a key position, Lord help us.

The UK housing market looks ugly, but not catastrophic

Anyway, I set out to write this article about the state of the housing market. I got side-tracked. Here’s my tuppence worth.

Whereas once upon a time all boats floated with the tide – all you had to be was long housing – I would say now, this is a stock-pickers’ market.

The housing market is not dead; there are opportunities to be had if you pick the right property in the right place, for example (and I’m not advocating speculating in property by the way). London looks terrible, particularly with new-builds above £1.5m where higher stamp duty rates are taking their toll. But I’m more bullish about other British cities where there is genuine value: Manchester and Birmingham, for example.

Turning to the companies, estate agent Foxtons (LSE: FOXT) – effectively, a leveraged play on London – keeps on falling. It’s now at all-time lows of 50p. It won’t recover until transaction levels in London pick up, which won’t happen because of stamp duty and still excessively high prices.

Countrywide (LSE:CWD), which owns estate agency brands such as Hamptons, John D Wood and Gascoigne-Pees, is also close to all-time lows at 50p. It fell by 25% a week or so ago, after it announced a rights issue to raise £100m to cover some of its £190m debt pile. It soon had an offer from Emoov, I understand, to merge, so it’s had a minor rally since.

Even Purplebricks (LSE: PURP) is down by more than 20% this year, so the failure of Foxtons and Countrywide is not just a failure of the traditional estate agent model. New tech is suffering too.

The builders also look weak. While Persimmon (LSE: PSN), the best performer, is flat on the year, the likes of Barratt (LSE: BDEV), Taylor Wimpey (LSE: TW) and Berkeley Group (LSE: BKG) are all in bear markets, which are starting to look pretty entrenched.

It’s all symptomatic of a market that is not functioning properly. The builders benefitted from help-to-buy, but the agents didn’t – that’s why they’ve done worse. But now the whole market looks wobbly.

This is not a Brexit problem. We set our own housing policy, not the EU. We can’t blame Brussels. Investors are walking away. Who can blame them? With no coherent policy or direction, would you risk capital in such a strongly valued market?

It’s worth noting that one other proxy – Rightmove (LSE: RMV) – is having a storming 2018, up by more than 10%. Apparently more people start looking at properties after England score. Bizarre, I know.

Anyway, let’s hope there’s plenty of that this evening. Good luck to England – and good luck to Kit Malthouse. Let’s hope both he and Gareth Southgate are in the job for many years to come. And let’s hope Malthouse does as good a job.